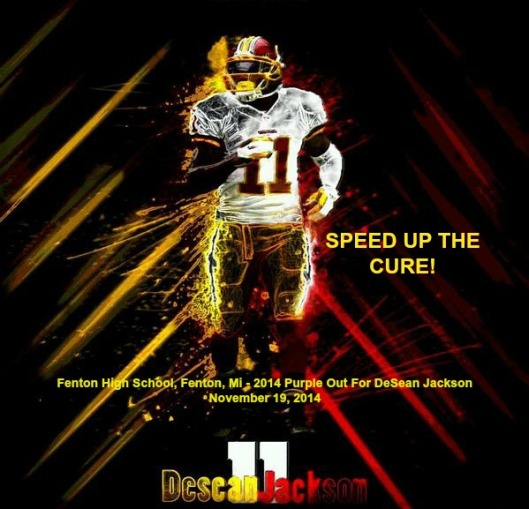 The Purple Out campaign was developed by AGS Middle School in 2013 to advocate for the National Football League to give equal consideration to Pancreatic Cancer Awareness as the league gives to campaigns for breast cancer, youth obesity, and most recently, domestic violence.

The students will continue to advocate for the NFL to allow the teams to wear purple during the month of November in to raise awareness to this dreadful disease for which there is no cure and receives less funding than other types of cancers.  DeSean and his mother, Gayle, are honored that the students in Fenton reached out to DeSean and are committed to helping them achieve their goal. 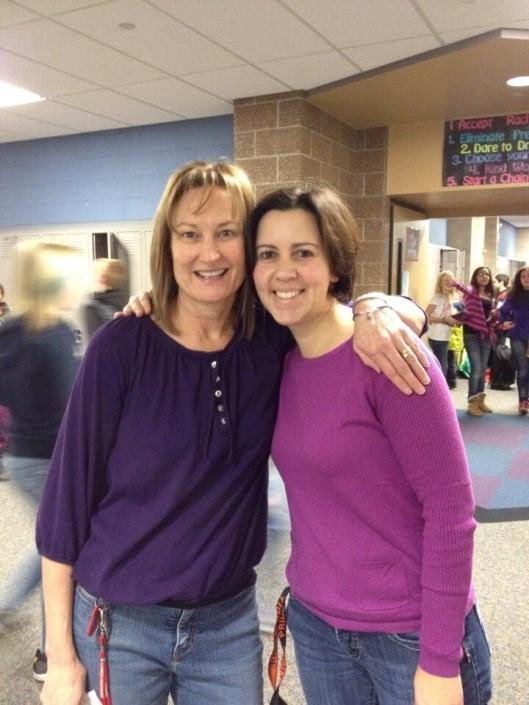 Seventh-grader Jacob Metres, 13, takes notes in class while reading from a textbook while wearing a purple shirt, participating in a “Purple Out” to raise awareness and money for pancreatic cancer Monday, Nov. 25, 2013 at Andrew G. Schmidt Middle School in Fenton. The school is featured on Philadelphia Eagles’ DeSean Jackson’s foundation website. Jake May | MLive.com 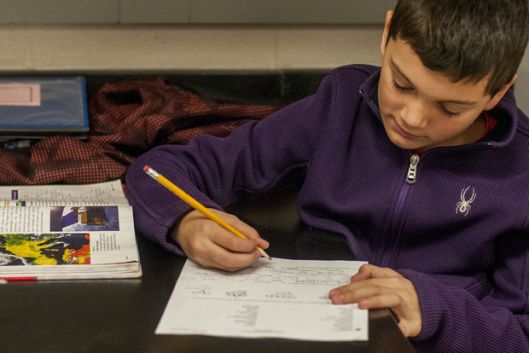 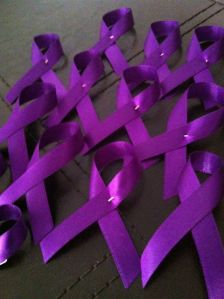 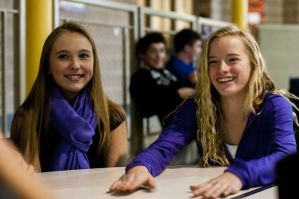 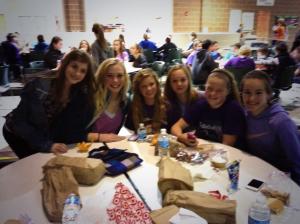 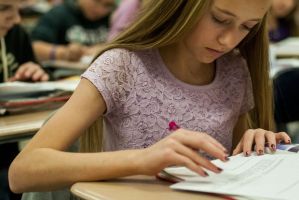 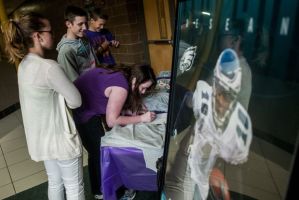 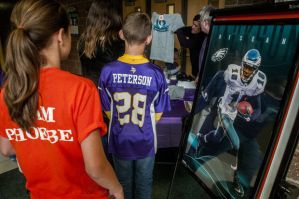