NFLPA, Got Your 6 Team Up in Jersey Campaign
Promotion will be held Nov. 6

The campaign encourages workplaces and schools to allow employees and students to wear jerseys in exchange for a recommended $6 donation to Got Your 6, an organization supporting veterans and their families.

“The NFLPA’s Jersey Friday campaign is an incredible opportunity to celebrate our nation’s favorite sport and players, while also bringing attention to our nation’s veterans,” said Rob Gordon, president of Be The Change, the parent organization for Got Your 6.

“All fans who participate will be directly supporting veterans and their families, and we thank them for doing so.”

One fan will win a prize for sharing a picture in his/her jersey and a post about why that is his/her favorite player.

The winner will receive a donation in his/her honor to Got Your 6, as well as signed memorabilia and a social media mention from that player.
##

Gayle Jackson, President, of the DeSean Jackson, is appealing to all Washington Redskins’ fans to join her in supporting this worthy campaign TODAY by wearing your favorite Washington Redskins‘ jersey and pledging $6.00 to the “Got Your 6”. “You most definitely know the number jersey I will be wearing”, says Ms. Jackson, “it is just a matter of deciding which one.”
## 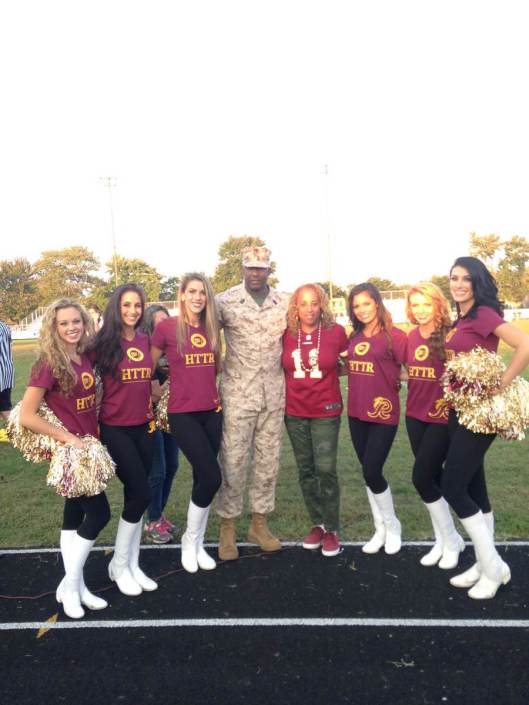