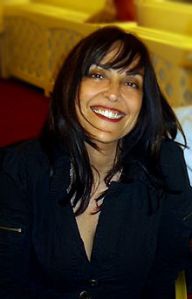 On October 28-29, Leila Steinberg, CEO and Founder, of Alternative Intervention Models, a Los Angeles based public charity that has a unique business model that incorporates arts and athletic programs in its curriculum for at-risk youth, partnered with DeSean Jackson, of the Philadelphia Eagles, to launch Jackson’s first inaugural, Make Your Dream Youth Summit, in Philadelphia, PA, at the Boys’ Latin Charter School. The two-day event reached over 600 young men from diverse backgrounds; and, was deemed a success in challenging those in attendance to maximize their potential to be successful, contributing members of society; seek positive, male role models and be positive male role models; and, to embrace diversity, sensitivity and tolerance.

Leila Steinberg is an artist and community organizer who began working with youth twenty (20) years ago in the San Francisco Bay area. As the daughter of a criminal defense attorney of Polish-Jewish descent and mother who was an activist of Mexican-Turkish descent, she grew up surrounded by the workings of the justice system and took a front row seat to the personal tragedies and socio-economic pressures that turn so many at-risk youth in hardened felons. Steinberg is committed to helping people who fall through the cracks of society.

In 1985, she developed a series of specialized programs for youth within the juvenile justice system and those residing in residential treatment facilities. As hip-hop music became the expression of today’s youth, Steinberg began training artists to develop voices powerful enough to reach a generation. While conducting poetry workshops in Northern California, Steinberg met Tupuc Shakur; and, he become a regular participant in her class. Steinberg opened her home to Shakur where he read and wrote under her encouragement. Steinberg is credited with being Shakur’s mentor and first manager. She is frequently asked to be a consultant for any documentaries and articles about the superstar rapper, Tupac Shakur.