In Crash & Bernstein’s “Man Crash” (8:30 p.m.), after Dr. Poulos (Danny Woodburn) tricks Wyatt (Cole Jensen) and Crash (voiced by Tim Lagasse) into building repairs so he can go to a camping trip with his friends, they find out and join in on the fun — but they don’t get what they bargained for. In a scene from the episode, which The Hollywood Reporter exclusively debuts (watch above), the 26-year-old Jackson — a two-time Pro Bowler — is one of the guys sitting by the campfire and makes a very surprising share, while Wyatt can barely contain his excitement.

Lab Rats’ “The Bionic 500” follows (9 p.m.) and THR exclusively debuts a still featuring guest star Logano (first photo on bottom). In the episode, Davenport (Hal Sparks) and his new neighbor Pierce agree to settle their differences with a stock car race, with the 23-year-old Logano — who drives the No. 22 car — as Pierce’s proxy.

Disney XD will also broadcast three X Games specials, one airing each night from July 22-24, days before the Aug. 1-4 event in Los Angeles. In the first special “Disney XD Xology,” scheduled to air July 22 at 9:30 p.m., Crash from Crash & Bernstein visits Southern California to learn about the tricks performed during the X Games. THR exclusively debuts a still from the special (second photo on bottom). X Games star Tom Schaar and skater Danny Way will be featured in the July 24 special “Disney XD Break It Down.”

The Making of a Father’s Dream”

is on the Road to Lake Tahoe

at the Horizon Casino & Resort during the American Century Celebrity Tournament. 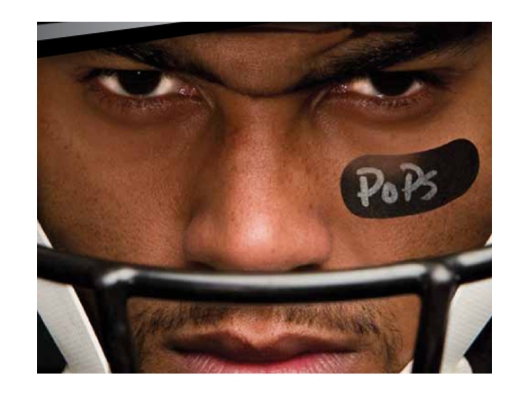 The multicultural film with universal themes presented once again by Wright Enterprises and LaHitz Media will be utilized to raise funds for local charities, and the academic arm of SportsRhythm that has developed a curriculum to accompany the film. ” #10 DeSean Jackson: The Making of a Father’s Dream” is about more than football. The key principles of our film: Dream, Desire, Vision, Belief, and Power, can be used for those striving for excellence in science and technology, arts, business, and many other disciplines,” said Jackson, a filmmaker, director, Fox News sports editor, former Kansas City Chiefs wide receiver, the go to guy for quarterback Jeff Garcia while at San Jose State University and founder of SportsRhythm. “Through the vulnerability lens of our family, you can learn from our triumphs and mistakes as you shape your own course for excellence.”

The inspirational film hit an emotional and instructional chord for San Francisco Film Co-Director Katera Crossley along with the audience at the Dolby Laboratories San Francisco Black Film Festival news conference and screening of “#10 DeSean Jackson: The Making of a Father’s Dream” in June. “I want to thank you for making this film as a former athlete myself from Long Beach (where DeSean Jackson went to high school) and the mother of a high school champion who’s doing great in several sports, this film is already helping me see what I can do to assist my son as he makes his life choices, said Katera Crossley, who has co-directed the festival with husband Kali O’Ray, son of founder Ave Montague.

In addition to the private San Francisco Dolby Laboratories screening for media and VIP guests, “#10 DeSean Jackson: The Making of a Father’s Dream” was a double header at the California College of the Arts with German made for public TV film, Micheala Kirst’s “Brown Babies: Germany’s Lost Children” which featured U.S. genealogist Henriette Cain of Rockford, Illinois and Los Angeles actress Peggy Blow, who attended the festival.

Moving on to Lake Tahoe, the screening of the documentary will give media, celebrities and guests of local charities an opportunity to see the universal themes of strong family values and the quest for excellence. “Having covered the annual American Century Championship Celebrity Golf Tournament that airs on NBC for several years, it’s the perfect venue to screen the film as celebrities and people from all walks of life gather with their families for summer fun,” said Jacquie Taliaferro, San Francisco Filmmaker and founder of LaHitz Media.

The Media and Celebrity Screening of “#10 DeSean Jackson: The Making of a Father’s Dream” will be from 5:00 p.m.-7:00 p.m. at the Horizon Casino and Resort, 50 Hwy, 50 Stateline, NV 89449. Media and Celebrities assembled for the golf tournament are welcome to attend the private screening benefiting The Lake Tahoe Boys & Girl’s Club. Sponsorship opportunities are still available. Contact Jackie Wright of Wright Enterprises at 415 525 0410 /jackiewright@wrightnow.biz.

[NFL photo with exclusive rights retained and invested in its owner.]